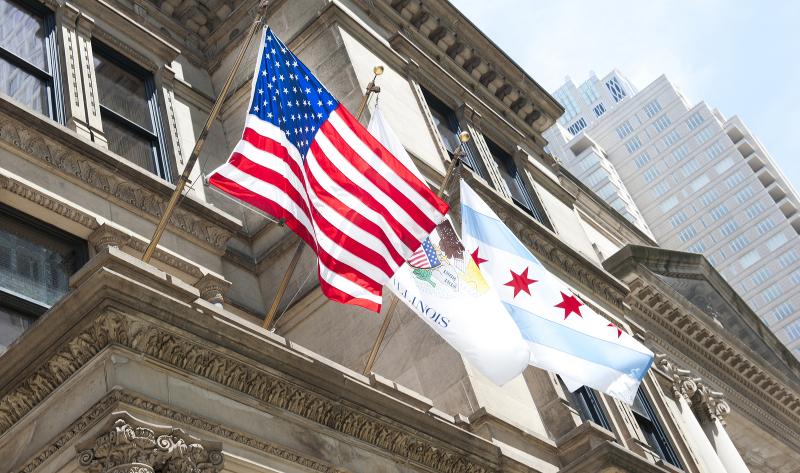 The City of Chicago is suing DoorDash and Grubhub, accusing the two third-party delivery giants of "deceptive and unfair business practices" that have harmed restaurants and consumers.

In a pair of landmark lawsuits filed Friday, the city lays out a laundry list of alleged misconduct perpetrated by both companies and also by each individually.

Chicago is accusing both companies of:

It is accusing Grubhub of:

"We are deeply disappointed by Mayor Lightfoot's decision to file this baseless lawsuit," a Grubhub spokesperson said in an email. "Every single allegation is categorically wrong and we will aggressively defend our business practices. We look forward to responding in court and are confident we will prevail."

Grubhub is headquartered in Chicago and earlier this week celebrated its new logo and color scheme by turning the city's iconic Buckinhgam Fountain orange.

The city is accusing DoorDash of:

"This lawsuit is baseless," a DoorDash spokesperson said in an email. "It is a waste of taxpayer resources, and Chicagoans should be outraged. DoorDash has stood with the City of Chicago throughout the pandemic, waiving fees for restaurants, providing $500,000 in direct grants, creating strong earning opportunities, and delivering food and other necessities to communities in need. This lawsuit will cost taxpayers and deliver nothing."

The accusations are the result of an investigation by the city's Department of Business and Consumer Protection and its Law Department.

"These practices continued unabated during the pandemic when restaurants were struggling to survive," said Kenneth Meyer, acting BACP commissioner, in a statement. "We heard from the hospitality industry and Chicago’s consumers about these unfair practices and this action demonstrates we will hold non-complying businesses accountable."

The suits seek injunctive relief, restitution for restaurants and consumers affected by the tactics, and civil penalties for violations of the law. The city said they are "the first comprehensive law enforcement actions against meal delivery companies in the United States."

They come just a day after New York City continued its own crackdown on third-party delivery companies by leveling a permanent cap on delivery commissions. New York has taken action on some of the same issues raised by Chicago, recently passing laws that ban nonpartner listings and certain phone number practices.