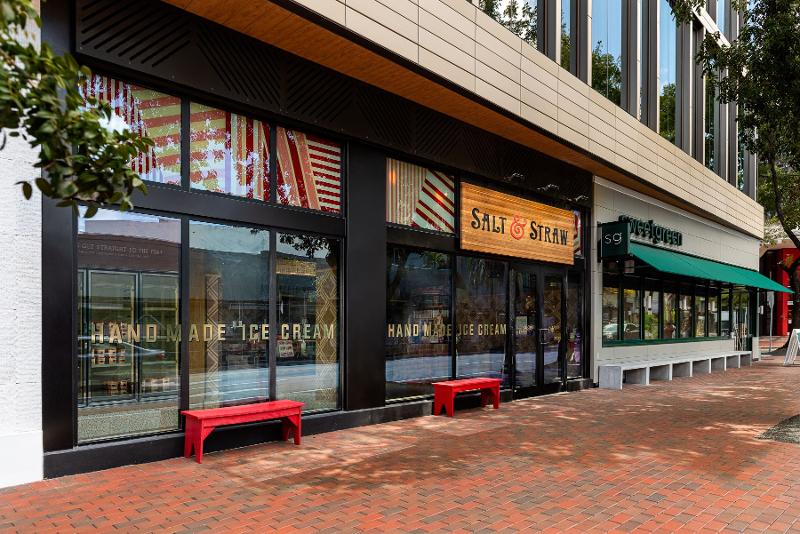 Kimberly Malek started her ice cream shop, Salt & Straw, a decade ago. She gave up a good job and cashed in her 401(k) and maxed out her credit cards to get it open and vowed not to lay people off or close stores, having watched it happen to countless people during the Great Recession.

All of which made last year so tough. “It was a nightmare,” Malek said. “It’s been a hard year. Just the worst. We had to do what we had to do. We vowed we would never lay people off or close stores. It was against every cell in my body. But we knew we had to do it if we had any hope of surviving.”

But survive Salt & Straw did. The chain opened three new locations last year despite the pandemic. The chain recovered with some speed after those initial difficult days—system sales rose 12% last year and over the past three years has averaged nearly 30% growth annually, according to Restaurant Business sister company Technomic. That consistent performance earned the chain a spot on RB’s Buzzworthy Brands ranking. 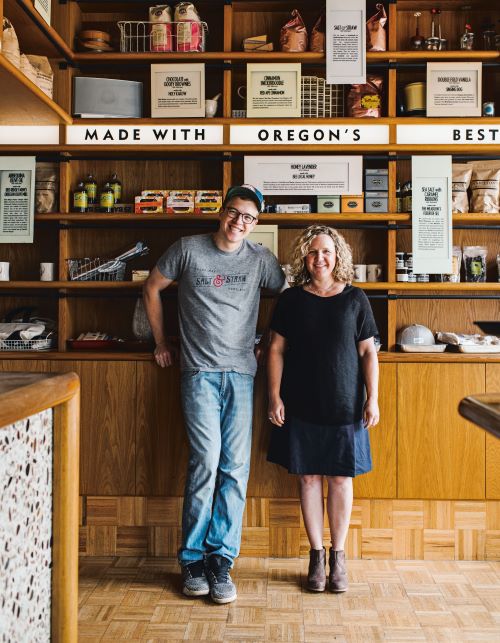 Malek had wanted to start an ice cream shop for decades. She worked with Starbucks in Portland in the early 1990s and got the idea of using ice cream as an experience. The idea came to her in 1995. “I got really fired up,” Malek said. “I just love human connections. It was really powerful. It was something I wanted to bring forth.

“I had a sense of how fun ice cream could be. People can explore flavors and have adventures through ice cream.”

Ah, but it takes a lot of work to bring an idea to life. For Malek that work needed 16 years, specifically. She worked on her business plan for this ice cream shop as a “community gathering place” during that entire time.

She took that plan to prospective investors and lenders during the recession when financing was almost non-existent for startup concepts. “I had this little business plan and marched around to a bunch of banks thinking I would get a loan to start an ice cream shop,” she said. Alas, it would be a struggle.

“I sent the plan to a couple of investors. I got one guy who mailed it back with red ink all over saying that I couldn’t do this, that it was nearly impossible.”

And so she cashed out that 401(k). She maxed out her credit cards and sold her house. “That was the only pot of money I could come by,” Malek said. And still, she was $40,000 short. “My brand new boyfriend at the time, he put his house up for collateral,” Malek said. That boyfriend is now her husband.

Malek, however, was not worried—she knew that if the effort failed she could go back to work again. And she had a financially conservative bent, one rooted in watching her father lose his own business.

“I put it all on the line,” Malek said. “I felt 100% compelled by it. If you’re an entrepreneur, sometimes you just have to leap off the edge of the cliff.”

Salt & Straw boasts unique flavors, such as Honey Lavender or Arbequina Olive Oil. The chain also boasts a selection of monthly flavors, like Mushroom Muddy Buddies, traditionally made from chocolate and peanut-butter coated checks topped with powdered sugar. In this case, however, Salt & Straw added chanterelle mushrooms in honey butter as well as hazelnuts and a touch of sherry.

The flavors came from Tyler Malek, who bought four used ice cream makers to test out flavors and wasn’t afraid of using ingredients more known for savory dishes as the foundation for its offerings. So there are flavors with olive oil and pear and blue cheese and the aforementioned mushrooms.

The chain drew long lines after its first location opened in Portland. “People have met in line and gotten married,” Malek said, noting that one couple got engaged in that line—the store replaced the pints in the freezer with a “Will you marry me?”

The chain grew enough to win the support of a notable backer—Danny Meyer, who invested in the chain in 2017 in part based on its in-store experience. But the pandemic put a temporary halt to its growth.

Malek, however, said that the company was able to respond to it. The company found other ways to sell ice cream, including local delivery and nationwide shipping. “Now we have this huge aptitude of people being willing to order and access the brand through commerce, ice cream through the mail,” Malek said. “We’ve solved the consumer challenge we’ve been struggling with for years.”

But what about that in-store experience? Malek doesn’t believe it’s lost with the digital business. “It’s the heart and soul of our business,” she said of the in-store experience. “We do so much training and investment to make that experience special.”